The 'Gun' show has been pushed back one week due to the untimely demise of Curt Brandao. 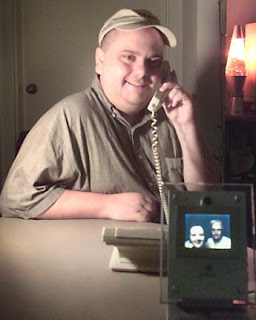 The' Digital Slob,' as he called himself in print, appeared on Cotolo Chronicles many times since the turn of the century. He contributed news on many unique digital platforms now taken for granted.

Our host speaks about Curt and then rebroadcasts his June, 2017 appearance on our show.