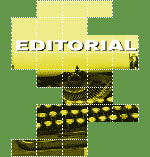 Today is Election Day in the United States. Chances are excellent that you live in a state where there is someplace to vote. Exercise your right to vote today, especially since tomorrow it will be too late to vote.

The democratic act of voting does not mean you have to vote for a Democrat. Voting is also an act of the republic, or a republican act. But there are more than two parties in the United States and there is the option of writing in a candidate, a he or she or a fictional character not running for any office. You can even vote for yourself for any political office available on the ballot. What more could you ask for when voting?