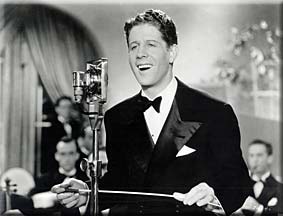 Rudy Vallee became a legend. At 28 he wrote his autobiography, Vagabond Dreams Come True. He saved the life of the sheet-music industry during the Great Depression, when sales of everything but Rudy's music virtually stopped. He starred in the film, The Vagabond Lover, the first of 33 he would make.

So what in the name of megaphone singing does he have to do with the man whose name adorns the title of the program?

And what does Rudy have in common with Dudley Moore, Michael Landon or Rick James, to name a few? Stay tuned as we head for the Sept. 14 program.