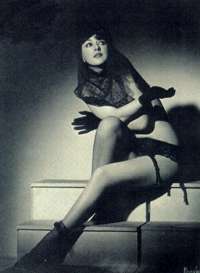 Once again, it's Monday and time for the Non Sequitur News Report, featuring stories from around the globe and onion skins.

HYDERABAD, India -- The rise in global oil prices could boost India's inflation, but the government and the central bank will take fiscal steps to control inflation. No one in New Orleans is safe from an angry jazz musician with an automatic weapon, said a policeman there. . . read more.

WASHINGTON -- U.S. surveillance laws should be reviewed and possibly rewritten to allow the type of eavesdropping that U.S. President George W. Bush has been criticized for authorizing, lawmakers from both parties said. Not a ship sailed from the harbors of European cities shourtly after word of an attack spread around the area. . . read more.

WINNIPEG, Manitoba -- Canadian political leaders made one last cross-country dash on the eve of an election expected to oust the ruling Liberals, move Canada to the right and improve ties with the United States. Sri Lanka's rebels warn of a return to war unless progress is made soon in the deadlocked peace process. Pakistan's prime minister defended his country's efforts to control tribal areas. . . read more.

PORT-AU-PRINCE, Haiti -- A jailed Haitian priest and former adviser to ousted President Jean-Bertrand Aristide says he was cleared of murder but his dog was not spayed. Popular Roman Catholic priest Gerard Jean-Juste has been jailed for more than six months by Haiti's interim government, where the gross national product can be stuffed into a ripe mango. . . read more.